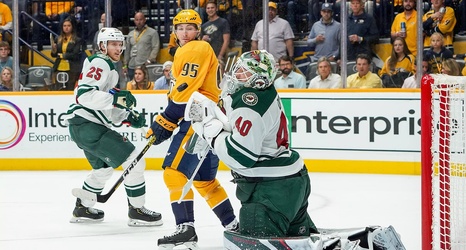 Game No. 1 of 82. Not the finish we were hoping for, that's for sure. The Nashville Predators beat the Minnesota Wild for the sixth straight time Thursday night dating back to a 3-2 shootout loss last March.

Things were starting to look positive in Minnesota’s favor heading into the second intermission. The Wild were up 2-1 after two periods and finished the middle frame with urgency. Then, 27 seconds into the third period, our old friend Mikael Granlund decided to redirect a Roman Josi shot to tie the game up at two apiece.