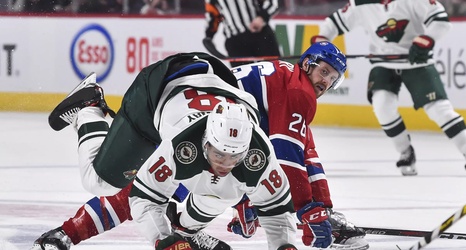 At times Thursday night, the Wild were definitely playing hockey against the Montreal Canadiens. But most of the night, including a span of five minutes in the first period, the game Minnesota was playing was as unrecognizable as the ads at the Bell Centre are to English speakers. The result — an uneven, uninspiring effort as the Wild dropped their sixth game in seven, losing 4-0 in Montreal.

Here’s how it went down:

Through 15 minutes of the first period, the Wild looked ready to answer anything the Habs brought to them. Alex Stalock looked up to the challenge early, swallowing every shot and giving up very little in the way of rebounds.