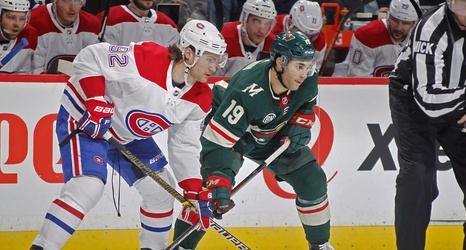 Something’s got to give for the Minnesota Wild. In Thursday’s 4-0 loss to the Montreal Canadiens, the Wild were outscored (obviously), outshot (33-17) and outchanced (Minnesota trailed 8-2 in high-danger chances) by the Habs — a team the Wild had defeated nine straight times before puck drop.

After the game, Wild forward Jason Zucker didn’t hold back his frustration. After all, with his team losing six of its first seven games of the season, he should be frustrated.

“I think more than (a meeting’s) going to have to jumpstart us to be honest with you,” said Zucker, per Michael Russo of The Athletic.