Potential Buyout Candidates Who Fit With the Minnesota Wild 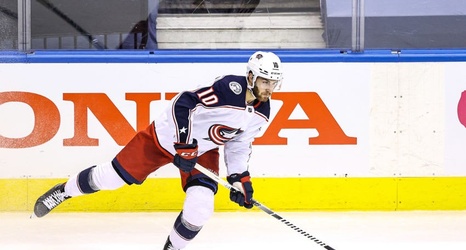 TORONTO, ONTARIO - AUGUST 19: Alexander Wennberg #10 of the Columbus Blue Jackets attempts a pass against the Tampa Bay Lightning during the second period in Game Five of the Eastern Conference First Round during the 2020 NHL Stanley Cup Playoffs at Scotiabank Arena on August 19, 2020 in Toronto, Ontario. (Photo by Elsa/Getty Images)

The first buyout period began Friday morning and it will run through October 8th. This is the first critical date of the offseason and teams are preparing and deciding whether to buy-out specific underperforming players.

In a flat cap world, there could be more buyouts than normal.