Play-In Report Card: Alex Stalock did his job for the most part 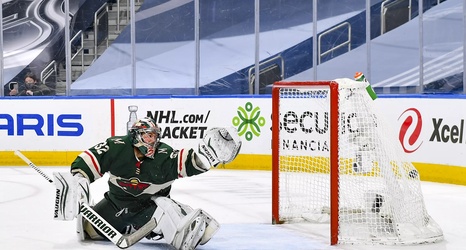 Prior to the 2019-20 season, Alex Stalock has mostly been a backup goaltender in the NHL, having had a few solid seasons with the San Jose Sharks prior to coming back home to play for the Minnesota Wild, where he has been mostly solid as the backup goalie to Devan Dubnyk.

After Dubnyk struggled to start the season, Stalock finally got a chance to play more consistently, and he performed well enough to become Minnesota’s starting goaltender for the last half of the season and playoffs, finishing the season with a record of 20-11-4, along with a 2.