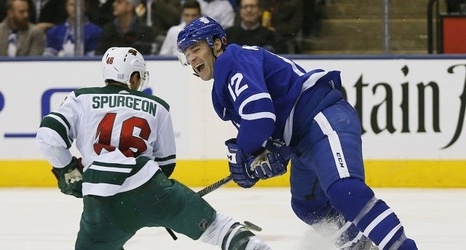 Neal McHale: Darren Dreger said on TSN 1050 (a couple days ago) that the Edmonton Oilers have spoken with Patrick Marleau. Dreger also speculated that the Anaheim Ducks should be a team that is interested in him.

Chris Johnston: Ottawa Senators defenseman Thomas Chabot said that he loves being in Ottawa and is hopeful that contract talks between the two results in a contract extension.

Contract extension talks between the Wild and Spurgeon will start fresh

Michael Russo of The Athletic: The Minnesota Wild have been saying for a while now that one of their offseason priorities was to sign defenseman Jared Spurgeon to a contract extension.