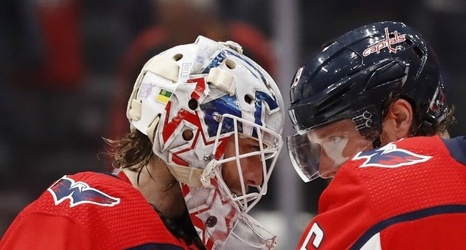 “The Capitals and Holtby’s agent, David Kaye, have decided that they will not talk contract during the season,” said Sportsnet’s Elliotte Friedman during the Headlines segment on Hockey Night in Canada on Saturday. “They will wait until after the year. The focus will be on trying to win the Stanley Cup.”

That doesn’t mean that they aren’t considering locking him before free agency opens.