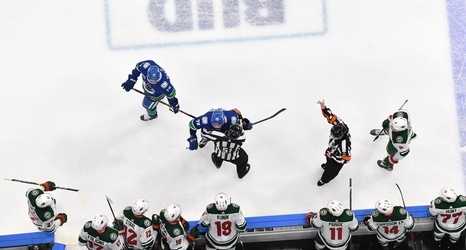 Minnesota Wild forward Luke Kunin has been assigned a $1,000 fine by the NHL Department of Player Safety for unsportsmanlike conduct, stemming from a third period incident near the Wild bench in Game 1 of their play-in series with the Vancouver Canucks.

After checking Marcus Foligno, Michael Ferland of the Vancouver Canucks found his stick poking into the Wild bench. As he attempted to retrieve it continue the play, Kunin sneakily clamped his arm down on Ferland’s twig. Ferland yanked it away, and mis-identifying the offender, speared Ryan Hartman in the stomach.