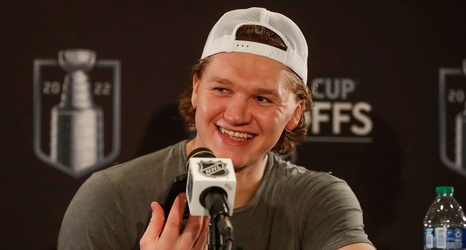 This isn’t his first playoff series, but it certainly should be the one with the highest expectations. Kirill Kaprizov was able to get his post-season feet wet against the Vegas Golden Knights last year, but between it being his rookie campaign, how much COVID seeped into every little factor of the season, and just generally how the Minnesota Wild’s season stuttered around; there wasn’t that much pressure on the team and its star.

Now, with the most successful season in the franchise’s 21 years of existence, and Kaprizov taking his Calder Trophy and rising into an entirely different tier of player, among some of the greatest in the game right now, there certainly are expectations for the Wild to at least find some success in the playoffs.