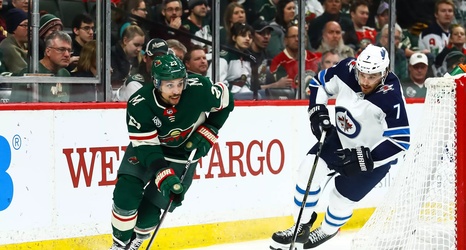 If the Minnesota Wild were the clear winners of the “Most Offseason Drama Award,” tonight’s preseason opponent, the Winnipeg Jets, are definitely in contention for “Most Preseason Drama.” Word broke Wednesday that star Jets defenseman Dustin Byfuglien is reportedly taking a leave of absence from the team, with no indication on when (or if) he will be back. Will he retire? Will he return? In addition to that, there’s the ongoing Patrik Laine situation, which took another turn on Wednesday with the news that he and Colorado Avalanche RFA Mikko Rantanen have joined SC Bern of the Swiss league while their contract impasses continue.