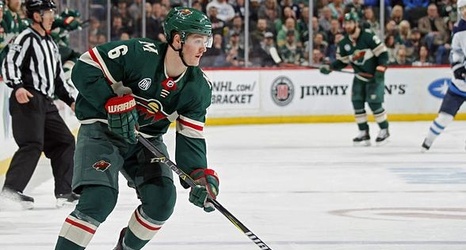 About what we expected for the lineup. Surprising that Koivu is playing the second line, but given the history of success he’s had with Zucker on his line, it makes some sense. Wouldn’t have minded Kunin getting expanded responsibility, but putting him with Donato and Greenway could be dynamic and successful. We should also keep in mind that Bruce Boudreau loves to juggle and mix line combos, so this could change quickly.

The big change from the preseason roster is that the Predators demoted Turris to the third line center from the first line wing he was at with Ryan Johansen and Viktor Arvidsson, replacing him with Craig Smith.