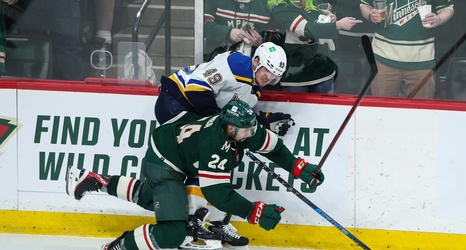 The Minnesota Wild split their two games at home and are starting to feel themselves out a little bit against the St. Louis Blues. In Game 1, it wasn’t a real Wild game. There were penalties galore, which led to almost half of the game being played by special teams, and the 5-on-5 dominance of Minnesota wasn’t able to shine through.

On Wednesday, it was a different story. And even if the special teams still played a significant role, it was the Wild that got to roll over the Blues and punish the weirdo-goalieness of Ville Husso.