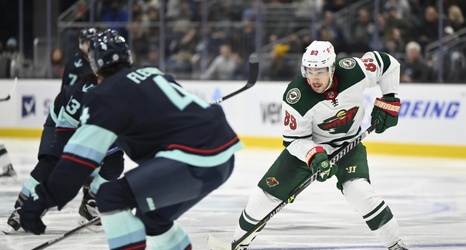 When the Minnesota Wild lost Nick Bonino to the San Jose Sharks in free agency, they lost a solid depth center and needed to go shopping in the bargain bin for his replacement, especially after the buyouts of Zach Parise and Ryan Suter left them with limited funds available to them.

The Wild found their man in 28-year-old Frederick Gaudreau, who had played just over 100 regular season games over four seasons for two different organizations. Gaudreau had scored just five goals and 18 points in that time, but his individual scoring contributions, or lack thereof, aren’t what the Wild were betting on with this signing.