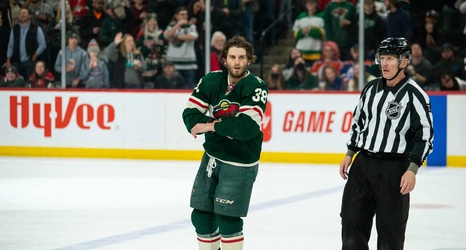 While the goal of NHL fines is to deter conduct deemed unseemly to hockey, we're not sure that it achieved that goal in Ryan Hartman's case.

Following the extra-curricular activities on Tuesday night's victory over the Edmonton Oilers, the NHL handed Ryan Hartman a neat and tidy $4,250 fine for flipping Evander Kane off as the two were headed to the penalty box/dressing room.

Hartman's wallet was a little lighter for just a moment, though, as Evander Kane's estranged ex-wife, Anna Kane, stepped in to pay off a piece of that fine.