Despite a lead into the Third, the Wild fall to the Predators 5-2. 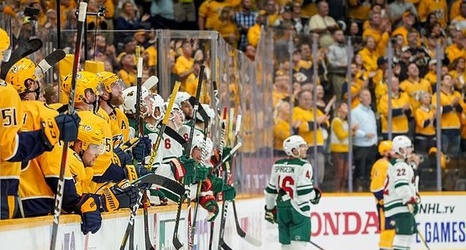 Less than five minutes into the game, Mats Zuccarello would take a hooking penalty on Matt Duchene. The Wild would kill off the penalty, but Nick Seeler would promptly take a holding penalty trying to bear hug Mikael Granlund. Guess he misses him on the team. Despite the four minutes with a man advantage, the Predators did not capitalize. Halfway through the period, the Wild would go on the Power Play for a slashing call on Roman Josi (a weak penalty if we’re being honest). Despite the man advantage, the Wild registered only one shot, coming from Brad Hunt, which was blocked.