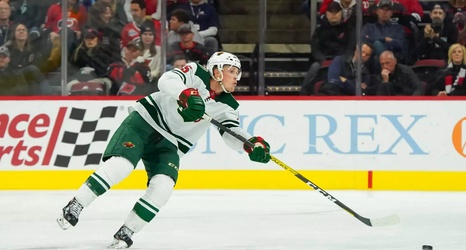 After spending close to a decade in the Minnesota Wild’s system, defenseman Nick Seeler is headed elsewhere.

The Wild placed Seeler on waivers Sunday with the hopes of having him return to Iowa. However, the Chicago Blackhawks claimed the 26-year-old Monday, ending his tenure with the Wild.

Awkwardly enough, the Wild take on the Blackhawks Tuesday night in St. Paul.

Via text, #blackhawks GM Stan Bowman said he’s not sure yet if Seeler will debut tomorrow vs #mnwild. He’s meeting w team tomorrow in St.