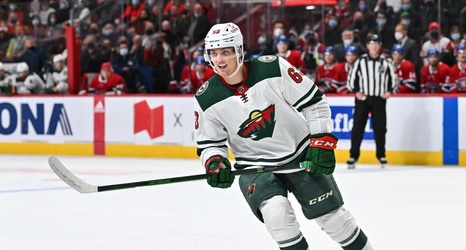 We all know that Minnesota Wild GM Bill Guerin likes to get his business done early, but we didn’t expect him to solve almost the entire 2022-23 roster in the first few weeks of the offseason.

In the most recent (and possibly the final) move for the Wild’s summer, the team announced they have re-signed forwards Mitchell Chaffee and Nick Swaney to one-year, two-way deals.

Both deals have identical financial implications — a league minimum $750,000 in the NHL, and a $125,000 salary in the AHL — which makes total sense considering the two forwards are both 24 years old and have similar positions in the Minnesota depth chart.