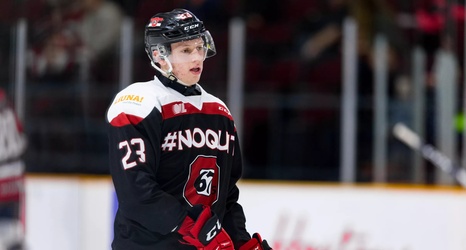 When Marco Rossi was asked if he will make his debut with the Minnesota Wild next season, he didn’t stop to think of the proper answer.

“I’m ready, 100 percent,” he said confidently, while giving his first interview after being selected ninth-overall.

Without any doubt, he believes he will be wearing a Wild sweater when the puck drops to start the 2020-21 season. Who can truly blame him? The 19-year-old was able to lead the Ontario Hockey League in scoring with 120 points (39g, 81a), earning him the Red Tilson Trophy as the league’s most outstanding player.