Why the Vikings' cap space is about to increase 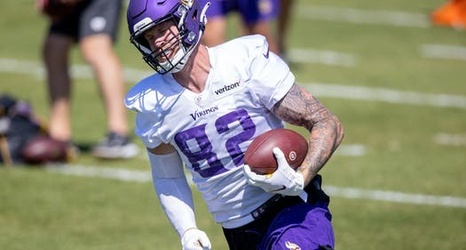 When the Vikings started a wave of cost-cutting moves in March, the front office gave its first and most prominent release — tight end Kyle Rudolph — a designation that would save them additional money on the 2021 books, but not until Wednesday.

Rudolph was let go with a "post-June 1" designation, which means that while he was released and free to sign with another team (Rudolph signed with the Giants a couple weeks later), the Vikings wouldn't gain the cap space for cutting him until June 2.

As of Tuesday, the Vikings have about $6.