Vikings vs Seahawks - GMG In The Raw! 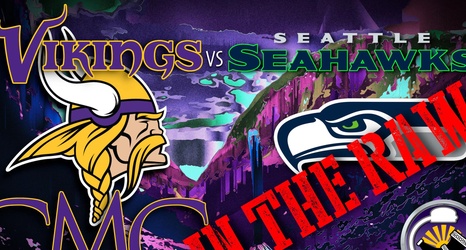 Vikings vs Seahawks… Good morning Horners! Well, at least it is morning. Your Minnesota Vikings went into CenturyLink Field and played the Seattle Seahawks an “entertaining” game? After leading by 7 going into the half, basically from the pick 6 from Anthony Harris, the Vikings proceeded to allow the the Seahawks score and score and score. Then when the fans were starting to get really mad, the offense started their comeback. They closed to within 4 after a missed Dan Bailey extra point. They still had a chance as the meme goes, but the defense couldn’t get that final stop.