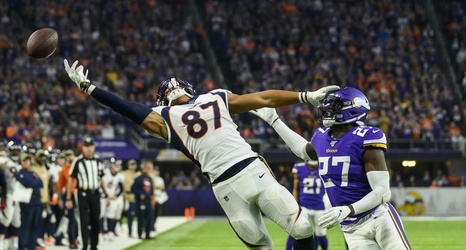 The subheading of my preview article for the game between the Vikings and Broncos last Thursday:

Sunday’s game against Denver might be tough to watch at times, but all the Vikings need to do is get a win before the bye and a tough final stretch.

I had no idea that blurb would prove to be so prescient on Sunday afternoon.

The entire first half wasn’t just tough to watch—it was a waking nightmare for the Vikings and their fans. The Broncos kept making big plays and the Vikings kept shooting themselves in the foot.