Vikings still in thick of playoff hunt despite loss to Seahawks 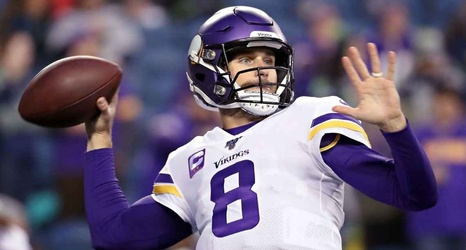 SEATTLE -- CenturyLink Field remains a House of Horrors for the Minnesota Vikings.

With playoff seeding on the line, the Seattle Seahawks defeated the Vikings 37-30 on Monday Night Football. Minnesota had won six of seven entering the game and had hoped to improve its wild-card bid with a victory.

This defeat doesn’t affect the Vikings’ postseason chances as of now, as they remain the No. 6 seed and have an 86.2% chance to make the playoffs according to ESPN’s FPI. But the way Minnesota lost after being in control for the first half exposed holes that could haunt them down the stretch.