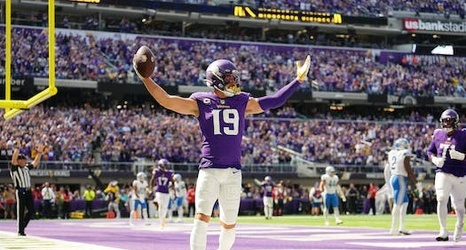 After a Monday night dud against the Eagles, Vikings head coach Kevin O'Connell said how his team responded would be a test of "all the culture stuff that we talk about."

It was a test the Vikings just barely passed, beating the Lions 28-24 Sunday at U.S. Bank Stadium on a Kirk Cousins touchdown pass to K.J. Osborn with 45 seconds remaining.

The Vikings are 2-1 heading to London for a Week game against the Saints.

The last two Vikings-Lions games had come down to the final play, and this one proved to be no different.