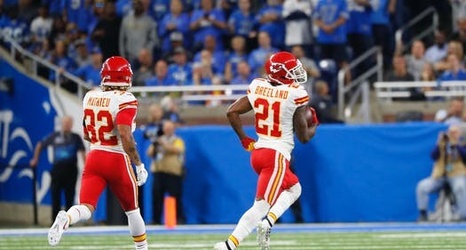 The Vikings added another veteran cornerback on Friday in former Chiefs starter Bashaud Breeland, who made a free-agent visit to the team's headquarters in Eagan last month.

Breeland has agreed to terms on a contract, the Vikings announced, providing the defense with another experienced option in a continued overhaul at cornerback. It's a one-year deal worth up to $4 million, according to NFL Media.

Breeland, a 2014 fourth-round pick by Washington out of Clemson, lands on his fourth NFL team in Minnesota. The 29-year-old Breeland has 14 interceptions in 88 regular season starts for Washington, Green Bay, and Kansas City.