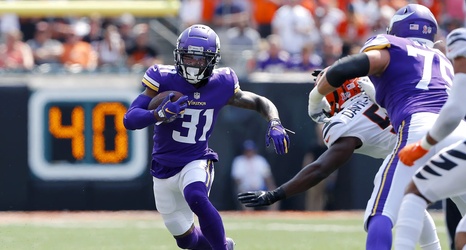 On Saturday, the Minnesota Vikings made several roster moves, at least a couple of which might point to the status of one of their star players for this Sunday.

The team has announced that they have once again signed running back Ameer Abdullah to the 53-man roster. After being released as part of the team’s final cuts, Abdullah has been on the Vikings’ active roster for all three of their games this year. He was “elevated” from the practice squad before the opener and now has been signed to the 53 for each of the past two weeks.