Vikings report: Packers tried to trade up for Justin Jefferson at 2020 draft 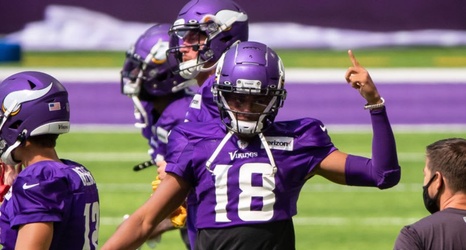 The Minnesota Vikings seem to have hit a home run when they drafted Justin Jefferson with the No. 22 overall selection in the 2020 NFL Draft. The rookie receiver broke numerous franchise and NFL records on his way to 1,400 yards and seven touchdowns in his first year with the team.

Quite a few things had to fall Minnesota’s way for them to be able to land Jefferson. The most obvious was the Eagles making the decision to draft a different wide receiver, Jalen Reagor, one spot ahead of where the Vikings landed the former LSU pass catcher.