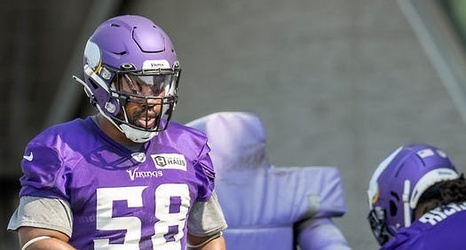 The Vikings re-signed defensive end Everson Griffen on Wednesday, a day after making him one of their cuts on the final cutdown day.

The team also signed 14 players to their practice squad, but quarterback Jake Browning was not one of them. His rise from 2019-20 practice squad player to first crack at the 2021 No. 2 job quickly fizzled during a dismal preseason performance.

Griffen, the 12-year veteran who had 74 ½ sacks as a Viking in his first 10 seasons, initially rejoined the team on Aug. 23 after he spend last season with the Cowboys and Lions.