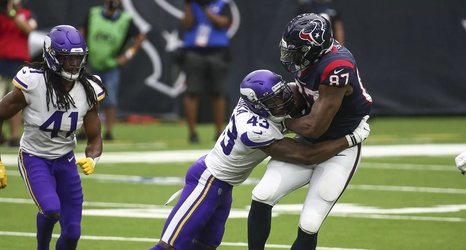 And the hits just keep on coming for your Minnesota Vikings.

The team has announced that they have placed safety George Iloka on injured reserve. The reports are that Iloka tore an ACL yesterday during the Vikings’ practice and that his season is now over.

Iloka joined the Vikings’ practice squad earlier this season, and had been elevated to the active roster twice before the team officially signed him to the 53-man roster. He’s seen a decent amount of time in the secondary for the Vikings this year after reuniting with Mike Zimmer, who he played for in Cincinnati.