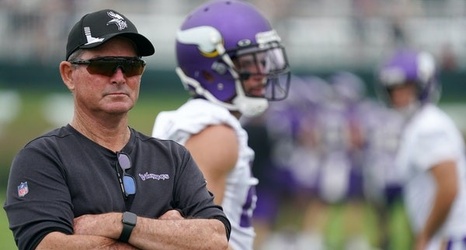 Vikings co-owner and president Mark Wilf joined coach Mike Zimmer's public battle cry, voicing concerns Tuesday morning about his team's unvaccinated players and a $31 million franchise quarterback who's been sidelined by COVID-19 protocols while seemingly refusing to get the shot.

"We're very concerned," Wilf said during his annual training camp news conference. "It's safe to say our No. 1 priority is the health and safety of our players, our coaches, our staff and ultimately the entire community. We're really encouraging people to take the vaccines."