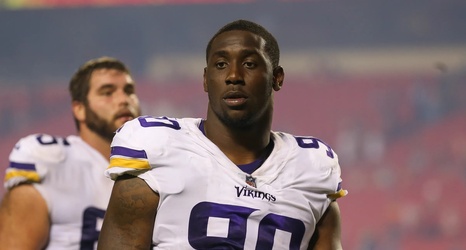 Among the moves that the Minnesota Vikings made on Wednesday was making official the trade that was announced before yesterday’s roster deadline and the corresponding move that they made to facilitate it.

The team made the trade for former New York Jets’ tight end Chris Herndon official. The deal sees the Vikings sending their 2022 fourth-round pick to the Jets in exchange for Herndon and the Jets’ 2022 sixth-round pick. The Jets also agreed to pick up a portion of Herndon’s salary for this season, so Herndon doesn’t count as much against the Vikings’ salary cap as he would have otherwise.