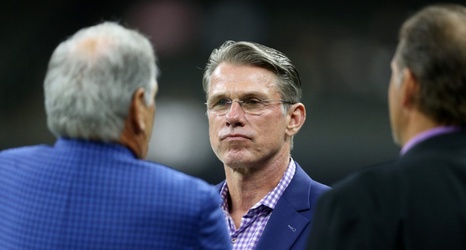 Let’s Reid between the lines…

For several years, Vikings fans have called on GM Rick Spielman to secure a true #3 wide receiver. You can never count out a blockbuster move by Spielman, but all indications say Chad Beebe has already taken that role.

Before looking at Beebe, it’s important to understand how many capable pass catchers the Vikings have in starting and second-string roles.