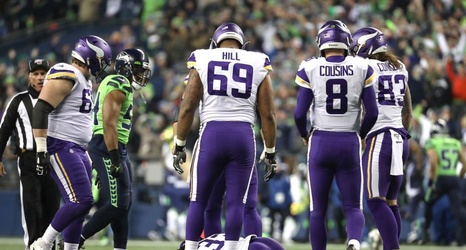 MINNEAPOLIS (WCCO) — Despite suffering a reported clavicle injury during Monday Night Football, Minnesota Vikings running back Dalvin Cook says he’ll be “good to go” for the next game.

Cook left the game early after suffering the shoulder injury following a fumble in the third quarter. He was out the remainder game, but came back to the sideline and watched as the team lost to the Seattle Seahawks 37-30.

Related: Seahawks Take Over 1st Place In NFC West In 37-30 Win Over Vikings

After the game, Cook spoke to reporters and said the injury won’t keep him out of the next game.