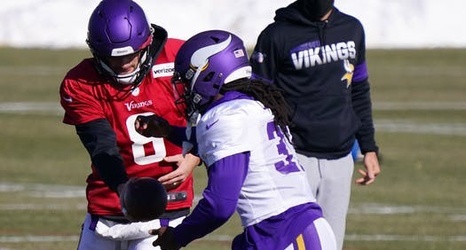 Vikings running back Dalvin Cook returned to practice Wednesday and said his injured groin is feeling good ahead of Sunday's game in Green Bay.

Cook has not played since straining his groin while running a route in the Oct. 4 loss in Seattle; he sat out the next game against the Falcons before the Vikings' bye week.

Despite two weeks' rest, Cook is still ranked fifth in the NFL with 489 rushing yards and 18th in the league with 553 yards from scrimmage, and he said the bye week has him feeling productive again.