Vikings Can Learn from a Cincinnati Bengals Meme 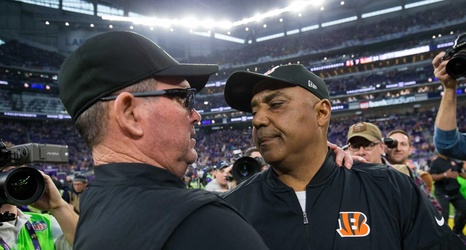 The personnel pipeline between the Minnesota Vikings and Cincinnati Bengals runs deep and rampant beneath the NFL’s surface. Current Vikings head coach, Mike Zimmer, was the defensive coordinator for the Bengals for six seasons before joining Minnesota. So, it is no surprise when players like Trae Waynes, Mackensize Alexander, George Iloka, and Terence Newman vacillate between the two franchises.

But now the Vikings and Bengals have bisected the vast world of memes.

Do the giggles feel familiar? They should.