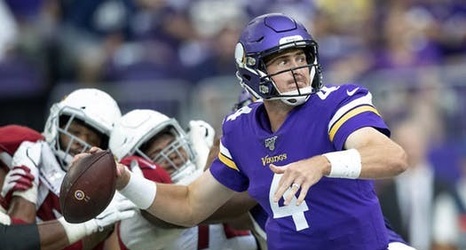 The Vikings called Sean Mannion up from the practice squad the past two weeks to be their backup quarterback. To make sure they have Mannion available on Sunday at Seattle, the Vikings added him to their active roster Tuesday.

NFL rules only allow a team to call a player up from the practice squad twice in a season without adding him to the active roster; the Vikings reached their call-up limit with Mannion after Sunday's game in Arizona. Tuesday's move, then, was widely expected with the quarterback, who is still functioning as Kirk Cousins' backup on Sundays with third-round pick Kellen Mond still developing.