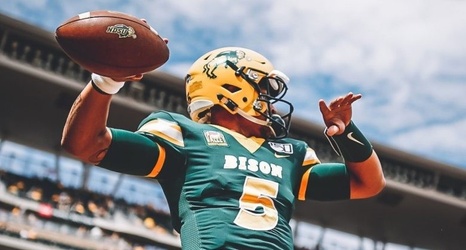 The Viking Age, a Minnesota Vikings-reporting entity, called it a troll job, but Trey Lance’s availability at #14 spot in the 2021 NFL Draft is gaining more traction. Earlier in the week, it was CBS Sports‘ Pete Prisco that chose Lance to the Vikings with Minnesota’s organic draft pick. No trade was necessary to effectuate the NDSU star arriving in Minnesota.

Adam Patrick from The Viking Age [in the article mentioned above] totally disagrees on the feasibility of this — which is fair — but Prisco is not the only one.