This Is It. Mike Zimmer’s Tell-All Season Begins. 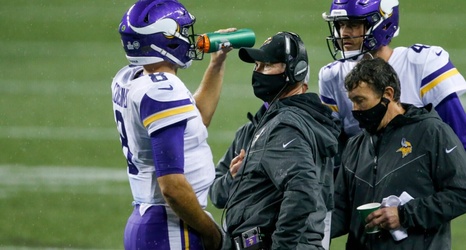 Minnesota Vikings head coach Mike Zimmer took over operations of the team in 2014, commanding the franchise to a .576 win percentage in seven seasons. Among all NFL teams, that success rate is the eighth-best in the league during the timeframe.

In the seven seasons before Zimmer, 2007-2013, the Vikings win percentage was .487 — or 21st in the NFL. So, Zimmer is wholly accountable for dragging the team to a Top 8 status leaguewide from a Bottom 12 standing. That’s why Zimmer remains in charge of the enterprise.

This year, however, is for all the marbles.