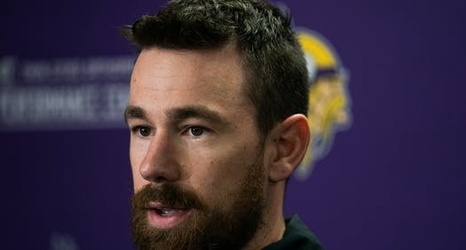 There wasn't a grand plan to have the eldest of Gary Kubiak's sons follow him into being a football coach. Even when Klint Kubiak played safety at Colorado State, the vision of what he's now become — the tireless coach arriving at 4 a.m. to the team facility — was both close by and light years away.

"I never wanted to coach," he said by phone recently. "My dad worked a lot of hours, so I wanted to get a job where I can be around a little bit more."

Until Kubiak's NFL-playing dreams fizzled. His path to replacing his father as the Vikings' offensive coordinator at age 34 wound through four offensive systems with seven different head coaches on four teams.