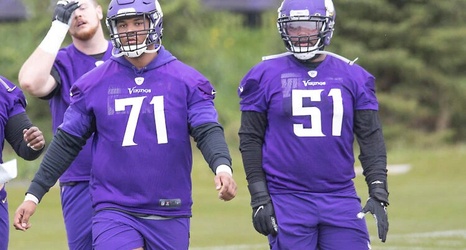 When the 2021 NFL Draft finalized, the Minnesota Vikings were beholders of two men in Darrisaw and Davis with extremely high upside, plucked out of the first three rounds of the event. They still possess that potential, but the prospect of one or both men getting the starting gig in early September is fading.

Darrisaw, drafted with the 23rd overall pick, encountered an injury-related setback on Friday — just as he was acclimating to training camp. Head coach Mike Zimmer described the situation like this:

And there you have it — from the horse’s mouth.