The Brothers Bruin, Zimmer’s Secret to the Double “A” Gap Sucess 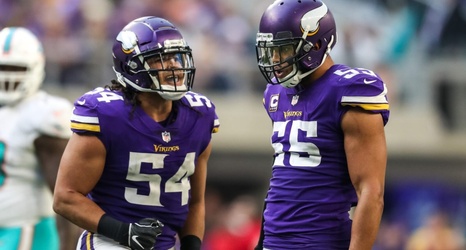 Note: The article originally appeared on our nationally-themed website, FranchiseTagged.com.

Minnesota Vikings head coach Mike Zimmer has earned his respect in the NFL for his defensive prowess. This can largely be attributed to his signature Double “A” gap formation. To get the Double “A” gap formation, the defensive tackles widen out into the “B” gaps and the linebackers walk up into both “A” gaps on either side of the center. The key to the success of the formation is dependant upon the linebackers being good in coverage and athletic enough to rush the passer.