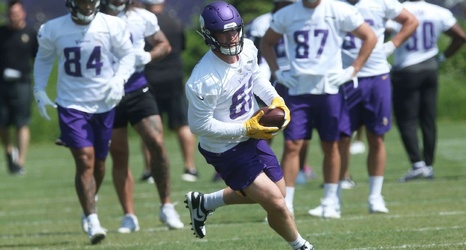 Rudolph posted a message to Twitter late Monday night in which he said his home "will always be in Minnesota."

Speculation over Rudolph being traded or cut by the Vikings had been swirling since before the NFL draft, as the two sides were unable to come to an agreement on an extension and tabled discussions.

Rudolph showed up to the first day of Minnesota's offseason program on April 15 donning a sweatshirt with the statement "Lots of Game Left," and he later spoke about wanting to further prove his abilities entering his ninth season in the NFL.