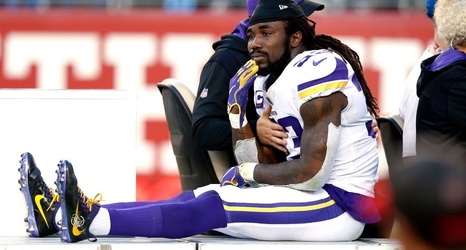 The team still is figuring out how long Cook will be sidelined, and an indication will come from whether or not it places him on injured reserve which would sideline him a minimum of three weeks, according to the source.

Cook was carted off the field late in the third quarter and was ruled out for the remainder of the game.

Coach Mike Zimmer did not have an update on Cook's condition following the Vikings' 34-26 loss to the 49ers but said the running back would undergo an MRI on Monday.