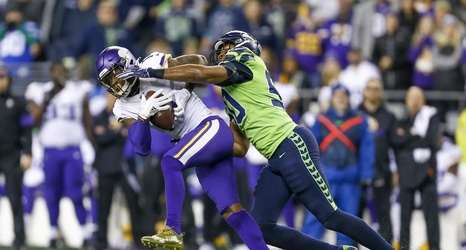 The first half of the Monday Night Football contest against the Seattle Seahawks went pretty well for the Minnesota Vikings.

Then, the third quarter happened, and the Vikings dug themselves a hole that they just couldn’t dig themselves out of, falling to the Seahawks by a final score of 34-30.

The Vikings got on the board first, putting the ball into the end zone on their first possession of the night. The opening drive was very impressive, covering 83 yards in just six plays and being capped by a two-yard touchdown run by Dalvin Cook to give the Vikings an early 7-0 lead.