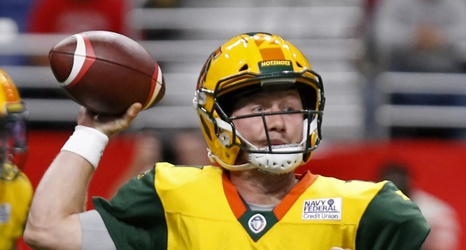 Just a day after it was reported that the Minnesota Vikings were going to be holding a workout for one quarterback that was just playing in the Alliance of American Football, news has come down that they’ll be working out a second one as well.

The Florida Times-Union reports the #Vikings next Thursday will work out quarterback John Wolford, who was with the Arizona Hotshots before the AAF folded earlier this week. So they'll work out two AAF QBs next week and then decide possibly between them, Sean Mannion, David Fales

Per Chris Tomasson of the St.