Report: Dalvin Cook expected to play vs Saints next week 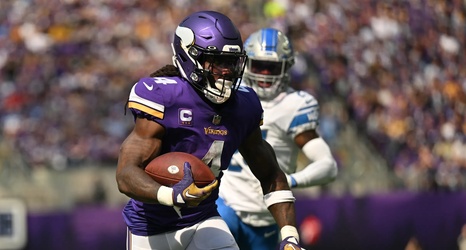 Lost in the excitement of the Minnesota Vikings’ thrilling 28-24 victory over the Detroit Lions at U.S. Bank Stadium on Sunday is the injury to star running back Dalvin Cook. Cook left the game late after sustaining a shoulder injury and his status for next week’s game against the New Orleans Saints in London is in question as it stands right now.

According to one source, however, Cook might be able to get on the field for next week’s contest.

Per source on Dalvin Cook, current expectation is he will wear a brace and play on Sunday vs.