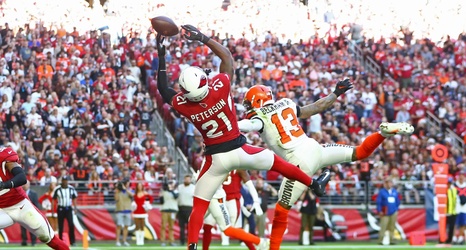 The Vikings move to acquire 8-time Pro Bowler and 3-time All-Pro cornerback Patrick Peterson caught most Vikings fans by surprise. After all, the Vikings drafted three cornerbacks last year, two of which were starters - Jeff Gladney and Cameron Dantzler - while Mike Hughes is also returning at cornerback, along with Kris Boyd. Harrison Hand had a decent rookie season too, albeit on limited snaps.

Meanwhile, the Vikings have only one starting caliber safety on the roster in Harrison Smith, as Anthony Harris signed with the Eagles. The Vikings could look to acquire a safety yet in free agency- they’ve been linked to Will Parks and Keanu Neal in the rumor mill - but they only have about $3 million in cap space available.