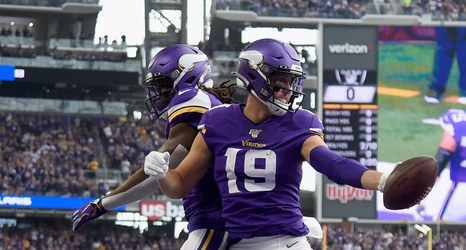 After a bit of a scary start, the Minnesota Vikings have played very good football. They go into the second quarter with a 7-0 lead over the Oakland Raiders, and have themselves in position for more.

Things got off to a rough start for the Vikings, as the first play saw Kirk Cousins get tripped up by Garrett Bradbury for a loss of four yards. The purple recovered nicely after that, though, as a big pass to Irv Smith Jr. was followed by an even bigger pass to Adam Thielen for a 35-yard touchdown!