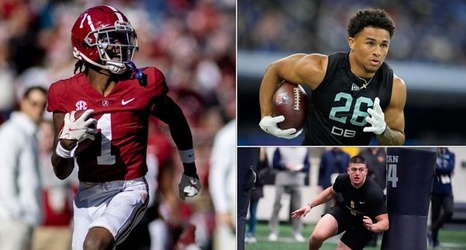 The last time the Vikings had an executive in Kwesi Adofo-Mensah's spot — the man running his first draft room in Minnesota — the year was 2007. The team was operating out of cramped confines at Winter Park, drafting players who would play their rookie seasons in now-defunct venues such as the Georgia Dome, Texas Stadium, Giants Stadium, Candlestick Park and the Hubert H. Humphrey Metrodome.

The Vikings had the seventh pick of the two-day affair that began on a Saturday morning and ended on a Sunday afternoon. Rick Spielman, then the team's vice president of player personnel, used his first selection on a running back named Adrian Peterson.