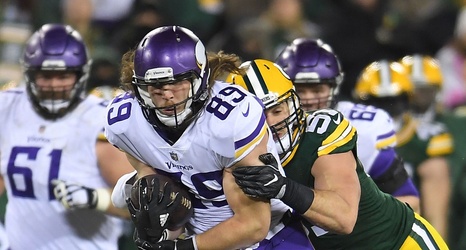 The Minnesota Vikings have a lot of talent at tight end. Not only do they have veteran pass-catcher Kyle Rudolph but rookie Irv Smith Jr. has had some flashes of brilliance in both the preseason and regular season. Plus, Tyler Conklin has filled in well when needed.

One tight end who hasn’t seen the field at all this season is David Morgan. The blocking specialist has been struggling with a knee injury and it appears as though he won’t be returning to the purple and gold in 2019.

According to the official Twitter account of the Minnesota Vikings, Morgan will be having surgery on his knee that will keep him from joining the team.