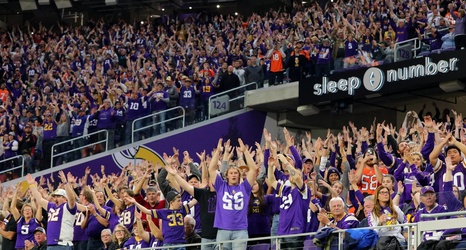 Thanks again to Vikings Lifer for posting the thread yesterday. I received a message via Pony Express (didn’t know that still existed) from Gone Fishin late yesterday morning saying he was locked out of the site for now, but hoped to be able to log back in sometime today. If he can’t I’ll continue posting the thread. I was able to watch the game on my iPad, and ready to give up at half, but since I was at work I didn’t have anything else to do, besides work, and continued watching.....glad I did. My inlaws are Broncos fans, their remarks regarding the game were “same old Broncos.